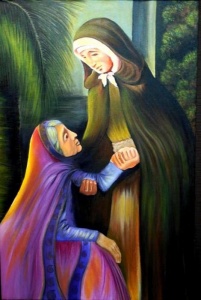 St Jeanne Jugan was born on October 25, 1792 in Brittany, France. She was the sixth of eight children to Joseph and Marie Jugan. She is well-known for her compassionate care of elderly poor people. She established the Little Sisters of the Poor who care for the elderly and have no other resources throughout the world.  Jeanne learned by example, the meaning of truly Christian charity and a refinement of manners not customary among those of the peasant class. She died in 1879 and St John Paul II declared her a Saint in 2009. Jeanne is the patron saint of the destitute elderly.